I have already posted about the execution of Jefferson and on the disrespect that Grant receives in A Lesson before Dying. These pots leaned more towards the emotionally draining aspects of the novel that make the reader reflect on the racism that inhabits this world and the ability to overcome that oppression. With this post, I would like to draw your attention towards a scene near the end of the book that, while containing heavy emotions, creates an uplifting image among the anguish of the final pages. This small scene may appear innocuous at first, but it contains a lot of symbolism for the novel and for Gaines himself.

In the final pages, Grant leaves his students praying for Jefferson in the schoolhouse and goes outside to meditate about what is happening downtown and awaiting news on Jefferson's execution. Grant says:


Several feet away from where I sat under the tree was a hill of bull grass. I doubted that I had looked at it once in all the time that I had been sitting there. I probably would not have noticed it at all had a butterfly, a yellow butterfly with dark specks like in dots on its wings, not lit there. What had brought it there? There was no odor that i could detect to have attracted it. There were other places where it could have rested--there was the wire fence on either side of the road, there were flowers just a short distance away in [Henri] Pichot's yard--so why did it light on a hill of bull grass that offered it nothing? I watched it closely, the way it opened its wings again, fluttered, closed its wings for a second or two, then opened them again and flew away. I watched it fly over the ditch and down into the quarter, I watched it until I could not see it anymore. (251-252)

Butterflies symbolize rebirth and resurrection, and immediately after describing the butterfly resting of "a hill of bull grass," Grant simply says, "Yes, I told myself. It is finally over" (252). The butterfly symbolizes Jefferson, after death, and his release from the oppressive society that ultimately killed him for simply being black. It also symbolizes a sort of unification between Grant and Jefferson. The butterfly finds Grant and perches itself next to him instead of a "wire fence" or across the road. Throughout the novel, Grant intones that instead of Jefferson sitting in a jail cell awaiting execution it could have just as easily been him.

While the butterfly plays an important role in the novel, this scene also plays an important role to Gaines personally as well. Walking through the sugar cane fields around River Lake Plantation with his wife, he showed her the cemetery where his ancestors and the community he left are buried. The cemetery, as I have explained before, is an important reservoir for Gaines. Gaines' Aunt Augesteen Jefferson is interred there; however, he does not know where she resides because there is no headstone to mark her grave. Gaines' aunt, as he has said repeatedly throughout his life, raised him till he left for California and inspired him tremendously. She could not walk, so she crawled everywhere. She did everything herself, and people would come to her house and sit on the porch an talk, and talk, and talk.

As they walked through the cemetery, Gaines and his wife noticed a butterfly that kept perching itself in a certain place. It would fly away then return. Upon seeing this, Dianne suggested that the butterfly kept alighting on that specific spot because that is where Gaines' aunt is buried. Eventually, Gaines retrieved a camera he had and took a picture of the butterfly. When working on This Louisiana Thing That Drives Me with Dr. Marcia Gaudet, Dr. Reggie Young, and Dr. Wiley Cash, the picture he took of the butterfly was the one picture he wanted in the book. It concludes the books and is displayed with the paragraph above from A Lesson before Dying. 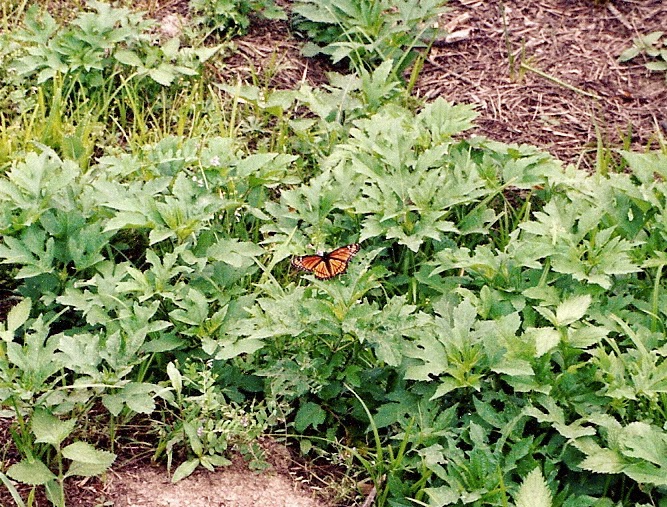 Email ThisBlogThis!Share to TwitterShare to FacebookShare to Pinterest
Labels: a lesson before dying, butterfly, ernest gaines, grant wiggins, this louisiana thing that drives me